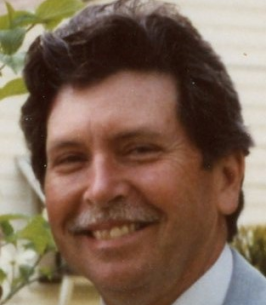 Brooks H. Sparrow, age 80, of Winfield, MD passed away on Tuesday, July 19, 2022, at his home surrounded by family.
Mr. Sparrow was the beloved husband of Sandra “Sandy” Sparrow (nee Luers) for 59 years.
He was born September 14, 1941, in Nassawadox, VA, the son of the late Vaughn B. Sparrow and the late Pauline Sparrow (nee Abrams).
Brooks spent his early years on his grandmother’s farm in Onancock, VA and had many happy memories from his time on the farm. He then grew up along the eastern shore in Parksley, VA, Exmore, VA and Cape Charles, VA until he moved to Randallstown, MD during his teen years. He graduated from Milford Mill High School in 1961. He joined the United States Marine Corp. He advanced to Corporal in the 5th Marine Division, 13th Engineering Battalion. He was stationed at Parris Island, Camp Lejeune and Camp Pendleton during the Vietnam War. Following his time in the Marines, Brooks worked in Construction. As a foreman he built custom homes, as well as countless remodeling projects. Many lives have been touched because of his tireless, skilled construction abilities.
Brooks was a member of the Sea Scouts in his early years and then was a member of the National Railroad Historical Society Baltimore Chapter and the American Legion Post 31. He was a Railroad and History buff and was always reading.
Surviving in addition to his wife is his daughter Dana Varela and husband Julio. Grandfather of Natalie Hope and Nicholas Vincent Varela. Brother of Sandy Mather, Warren Sparrow, and Vaughn C. Sparrow. Also survived by numerous nieces & nephews and will be missed dearly by his loving family and friends. A very special thank you is extended to Bridging Life, the amazing group of people who supported Brooks’ care and family through hospice.
The family will receive friends on Wednesday, July 27, 2022, from 2-4 & 6-8 PM at BURRIER-QUEEN FUNERAL HOME & CREMATORY, P.A. 1212 West Old Liberty Road Winfield, MD 21784 (Beside South Carroll High School). Where funeral Service will be held on Thursday, July 28, 2022, at 10 AM.
Interment at Lake View Memorial Park Cemetery.
In lieu of flowers memorial contributions may be made to Alzheimer’s Association
P.O. Box 4526 Lutherville, MD 21094 or the Carroll County Humane Society 2517 Littlestown Pike, Westminster, MD 21158.
Arrangements by Burrier-Queen Funeral Home & Crematory, P.A. Online condolences at www.Burrier-Queen.com.