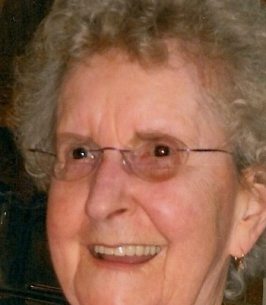 She was a graduate of Franklin High School in 1947. She did clerical work, before becoming a mother to four sons. While raising her sons, she worked in retail sales and in later years retired from Singer Travel Agency in Randallstown. She also had volunteered with what was formerly the Ladies Auxiliary to The Liberty Road Volunteer Fire Company. Surviving are sons, Vernon Jr. (Holly) of Westover, Donald (Linda) of Finksburg and James of Finksburg. Along with her parents, she was predeceased by son, Kenneth (Terri) of Sykesville, sister Lola Grimm and infant grandson Mark. She is also survived by 10 grandchildren, Sherrie, Vernon III (Ozzie), Stephanie, Katie, Tim, Danny, Kandi, Jeff, Ryan, and Steven, along with 21 great-grandchildren and 2 great great-grandchildren. Also surviving her are cousins, Martha Hyson, Bill Martin and Mary Louise Weber, her high school friend Betty Harmon Cornwell and many nieces and nephews. Doris was a resident of Timber Ridge Apts. and was very fond of the many friends she made through those years. She was the former spouse of the late Vernon L. Love, Sr.

A Cremation has taken place and a Celebration of Life will be held at a later date that will be posted. Burrier-Queen Funeral Home and Crematory, P.A., Sykesville, MD, are in charge of cremation services. www.burrier-queen.com.