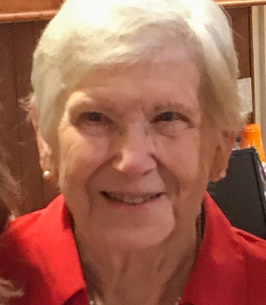 Dorothy F. Lahey, 91 of Sykesville
Our loving mother, Dorothy Frances Lahey, passed away peacefully surrounded by her children on Saturday October 22, 2022, in Lutherville Maryland. She was born In Attica Michigan December 27, 1930, to James and Susan Waghorne and had five older and one younger sibling. Dorothy, who was a Registered Nurse, earned her diploma in 1951 from The Hurley School of Medicine in Flint Michigan. Dorothy was passionate about nursing and caring for others and, although, her life moved her around the globe and throughout the United States, relocating twenty-one times in the first twenty-one years of marriage, she always managed to maintain her career while raising five children. She retired at the age of eighty-two from St Agnes Hospital in Baltimore Maryland.
Dorothy Frances Waghorne married our late father, Lt Col. George Anthony Lahey on February 19, 1952, and had sixty-eight loving years of marriage until his passing in 2020. Together they shared a passion for travel, exploring much of Europe and South America when the family resided in Frankfurt Germany and Montevideo Uruguay. More recently, after more than 20 years of calling Westminster, Maryland home, they relocated to Fairhaven Retirement Community in Sykesville Maryland where they had made countless wonderful friends. Dorothy also enjoyed camping, antiquing, gardening, and spending time with family.
Dorothy is survived by her children Ellen McAvoy (Glenn), Muriel Kneib (Thomas), Laura Gallagher (Brett), and Matthew Lahey (Carol); fourteen grandchildren and four great grandchildren; she was predeceased by her son James Lahey (Lana).
Dorothy will be laid to rest at Arlington National Cemetery. A memorial service will be planned for a later date. In lieu of flowers, please consider a donation to her favorite charity St Jude’s Children’s Hospital , www.stjude.org
Arrangements by Burrier-Queen Funeral Home and Crematory, P.A Online condolences may be made at www.burrier-queen.com