To share your memory on the wall of Dr. Robert Brown, sign in using one of the following options:

Provide comfort for the family by sending flowers or planting a tree in memory of Dr. Robert Brown

Provide comfort for the family by sending flowers or planting a tree in memory of Dr. Robert Brown

He graduated top of his class from Manchester High School in Richmond, Virginia, where he also served as Senior Class President. He attended the University of Richmond on a basketball scholarship and went on to receive his M.A. and Ph.D. in Psychology from the University of Iowa. He was a member of Phi Gamma Delta fraternity and graduated with membership in the Society of Sigma Xi and Phi Beta Kappa, among other honors.

He began work at the University of Texas Southwestern Medical School and then moved to the University of Maryland College Park, where he taught for over 30 years until retirement as Associate Professor Emeritus in 2003. He was an early resident of Columbia, Maryland, raising a family in the Steven's Forest neighborhood and running a vibrant private practice there for individuals and couples until 2018.

Among many service and leadership honors, he was recognized with Fellowship in APA (Divisions 12, 31, 42, and 43) and the Academy of Clinical Psychology; the Eric J. Hatch Outstanding Faculty Award from IDEALS and AFRAM for promoting relationship enhancement therapy; Distinguished Practitioner of Psychology by the National Academies of Practice; and the Karl F. Heiser Award for Advocacy from APA for enhancing psychology through regulation.

He will be remembered for his practical and collegial approach to bringing people together and building relationships through listening. He was quick with a pun, loved to travel and read, and enjoyed art, museums, and music. Above all, he will be missed because of the loving care he had for his family and devoted friends.

The family will hold an online memorial service on Sunday, January 24pm at 6:30pm EST (https://uiowa.zoom.us/j/94827815060). In lieu of flowers, please donate to the Maryland Psychological Association Foundation (https://marylandpsychology.org/donate) or to Gilchrist Hospice Care (https://gilchristcares.org/give), who along with Visiting Angels home healthcare and family members made his last days comfortable.
Read Less

Receive notifications about information and event scheduling for Dr. Robert

Print
The family will hold an online memorial service on Sunday, January 24pm at 6:30pm EST (https://uiowa.zoom.us/j/94827815060) with any further details published with the Funeral Home: https://www.burrier-queen.com. In lieu of flowers, please donate to the Maryland Psychological Association (https://marylandpsychology.org/donate) or to Gilchrist Hospice Care (https://gilchristcares.org/give), who along with Visiting Angels home healthcare and family members made his last days comfortable.

We encourage you to share your most beloved memories of Dr. Robert here, so that the family and other loved ones can always see it. You can upload cherished photographs, or share your favorite stories, and can even comment on those shared by others.

Posted Jan 16, 2021 at 03:12pm
My condolences. I enjoyed working with Bob as part of the Legislative Committee for MPA. He will be missed.

Posted Jan 12, 2021 at 08:41pm
I first met Bob when we both were in Washington D. C. at a governance meeting within the American Psychological Association. When he stood up to speak to the group, I was first impressed with his height, then his terrific sense of humor (he would often began his speaking with a humorous line that was nearly always remarkably insightful regarding the issue being discussed), and then his astute mind. He would invariably capture the heart of an issue being considered in a thoroughly logical way. Without trying to be persuasive, his keen mind and articulate, polite presentation became most convincing! He both respected others, and was in turn respected by them. I remember telling myself I must get to know this bright, funny, extremely likeable guy.

I had actually met his sweet wife, Sue, at earlier meetings we both had attended. When I first ran into the two of them together, I think I said something like, “So you two know each other?” This statement, of course, prompted Bob to immediately respond with a series of humorous lines! I cannot recall them precisely, but I remember that I laughed a lot. Sue, as always, handled his witty remarks in her typical graceful, unflappable manner. I thought to myself, what a remarkable, lovely couple … I must get to know them both better. And it happened! Later on, my sweet wife, Ellen, joined us and we all four became close friends. Even though we lived several hundred miles apart, we met frequently, travelled together and quickly became fast friends and quite special to each other. The untimely death of Sue was (and still is) a very sad loss for both Ellen and myself.

Most of us have a number of friends and acquaintances in our lives. If we are truly fortunate, we may be blessed with two or three very special friends, people who stand out in our lives in lasting, extraordinary ways that are hard to describe but you know when you have them. Bob and I shared such a relationship. We always laughed a lot – he knew more jokes than anyone I have ever met, and he could recall them instantly to fit almost any situation! While I rarely remember jokes much at all, I was pretty good with one-liners that made him laugh. And I loved his hearty, genuine laugh! But we also discussed serious matters, indeed, life and death issues at times. I always felt better after being with or talking to Bob, whether in person or via phone. He was a bright, kind person whose wisdom, honesty, and understanding shown through in so many ways. He was respected by all who knew him.

A highlight of our relationship was a weeklong bicycle tour of Iowa we did together in the 1990’s . “TOGIR.” (rhymes with ogre) was the “The Other Great Iowa Ride – a week-long tour of Iowa that went from college to college where the riders could sleep in the dorms and eat copious amounts of food in their cafeterias! In the weeks before Bob’s passing, we reminisced several times about our experiences on this over 500 mile adventure, and we agreed it was a highlight of both our lives! We worked hard climbing the hills, joked about the long rides, rain, and each others’ idiosyncrasies, and thoroughly enjoyed each others’ company, and the company of the other riders. What a splendid event, and what a marvelous relationship! The fact that both of us had Iowa connections (I grew up in Iowa and went to undergraduate college there, and Bob did his graduate education there) made it even more special for both of us.

Bob loved his family dearly and often talked about how much they helped and meant to him, especially as his health declined. A few days before he passed away, he said to me, “I don’t feel like I am dying. I am so well taken care of by my wonderful family and the caregiver’s they have brought it, I feel like a king! This isn’t bad at all.” I replied that we often reap what we sow, and you were obviously a terrific father, grandfather, husband, and other relative, and are deservedly receiving back some of the love and caring you gave to them.

Bob was one of the very finest human beings and friends in my life. He can and will serve as a splendid example of what a human being can become. He was, in the final analysis, a real mensch, a person of integrity and honor. And funny, besides. What a wonderful, terrific man! What a special friend!

The psychological, academic, and community at large have lost a wonderful person who has contributed so much to so many. His patients will treasure the help they received from him. His family will miss his wisdom, love and understanding. And I already (and will always) miss in so many ways one of the finest friends I have ever been blessed to have.

Thank you for everything, Bob, and may you rest in peace. You deserve the best. You were the best. 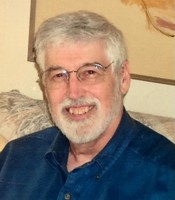