To share your memory on the wall of Kelly Johnson, sign in using one of the following options:

Receive notifications about information and event scheduling for Kelly

We encourage you to share your most beloved memories of Kelly here, so that the family and other loved ones can always see it. You can upload cherished photographs, or share your favorite stories, and can even comment on those shared by others.

Posted Jan 03, 2021 at 06:27pm
I only knew Kelly for a semester at UMBC, but she was very important to me. I cannot believe she's gone. I used to do a lot of pencil & pen&ink art back then, and had an opportunity to draw from photos she & her roommate took. This will be a cherished entry in my portfolio.

Posted Sep 14, 2020 at 09:55am
I've had the pleasure of knowing Kelly, professionally and socially, while we were colleagues at The Roanoke Times.
Stunned by her passing, I was reminded of what Ralph Waldo Emerson wrote "It is not the length of life, but the depth of life." Throughout her career as a photographer and devoted family member, Kelly touched the lives of so many others and gave them the gift of many happy memories. My heartfelt thoughts are with her family.
Lois Caliri
Comment Share
Share via:
GD

Posted Sep 12, 2020 at 03:29pm
Many years ago, Kelly was my travel partner, while she was studying photojournalism. She was a very special person!
Comment Share
Share via: 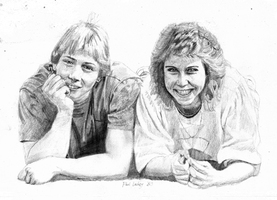