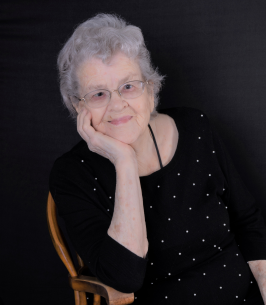 L. Kathleen Henry, 101 of Sykesville, MD passed away, in the late hours on Sunday, June 5, 2022, at Northwest Hospital with members of her family by her side. Born January 30, 1921, in Baltimore, she was the daughter of the late Wilbur and Ethel Crowley.
She was the beloved wife of the late Elmer “Reds” Henry, Sr. They were married on December 6, 1941. He passed in April 1997. Both were active members of Beechfield United Methodist Church where Kathleen was a member of the women’s Society until they moved to Carroll County in 1977. After the passing of Elmer, Kathleen resided at Winifred Manor where she was able to live on her own until suffering a mild stroke in April, well known to her friends and neighbors as a wonderful cook.
She is the mother of Virginia Archey, Kathleen Crocken & husband Charles, Elmer Henry, Jr. & wife Carol and Linda Cavey & husband Robert; 14 grandchildren, 20 great-grandchildren and 13 great-great grandchildren.
The family will receive friends on Tuesday, June 14, 2022, from 10:00 AM to 12:00 Noon with the funeral service starting at 12 Noon at BURRIER-QUEEN FUNERAL HOME & CREMATORY, P.A. 1212 West Old Liberty Road Winfield, MD 21784 (Beside South Carroll High School).
Interment at Crestlawn Memorial Gardens.
In lieu of flowers memorial contributions may be made to Sykesville Freedom District Fire Department
6680 Sykesville Road Sykesville, Maryland 21784.
Arrangements by Burrier-Queen Funeral Home & Crematory, P.A. Online condolences at www.Burrier-Queen.com.