Obituary for Rafael A. Muriel Jr. 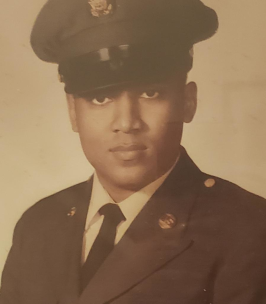 LTC Rafael A. Muriel, Jr., 80 of Westminster, MD passed away on Sunday, April 10, 2022, at his home surrounded by his family.
He was the husband of Hilda Muriel (nee Ortiz) for 54 years.
He was born June 16, 1941, in Santurce, Puerto Rico, the son of the late Rafael A. Muriel, Sr. and the late Paula Olavarria.
Rafael worked as an Architect for the United States Military and for Century Engineering. He was a veteran of the United States Army. He loved anything to do with the outdoors and especially loved his music.
Surviving in addition to his wife are his Children Barbie Muriel-Ortiz, Sara Allen, Rafael A. Muriel and Luisito A. Muriel. He was the grandfather of 6 granddaughters, 2 grandsons, 1 great-granddaughter and 1 great-grandson. Also survived by his cousins Carmen Muriel and Aida Olavarria.
The family will receive friends on Friday, April 15, 2022, from 6-8 PM with funeral service starting at 8 PM at BURRIER-QUEEN FUNERAL HOME & CREMATORY, P.A. 1212 West Old Liberty Road Winfield, MD 21784 (Beside South Carroll High School).
Inurnment at Garrison Forest Veterans Cemetery
Online condolences at www.Burrier-Queen.com.