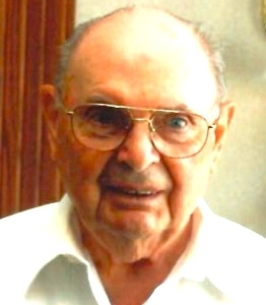 Raymond N. Dorsey, 100, of Woodbine, MD died on Monday, June 13, 2022, at The VA Medical Center in Martinsburg, WV.
He was born August 14, 1921, in Carroll County, MD the son of the late Edward W. Dorsey and the late Elizabeth Dorsey (nee Ray).
He was the spouse of the late Grace E. Dorsey (nee Fleming).
He was a Veteran of the United States Army and served during World War II and fought in the Battle of the Bulge. He enjoyed his woodworking and was very handy and could fix anything.
He was the father of Thomas N. Dorsey, Sr., Charles Edward Dorsey and the late Donnie Lee Dorsey. Also survived by 2 grandchildren and 6 great grandchildren and 2 great great grandchildren.
Preceded in death by one grandchild Darby.
The family will receive friends on Saturday, June 18, 2022, from 9-10:30 AM at which time the funeral service will begin at 10:30 AM at Burrier-Queen Funeral Home & Crematory, P.A. 1212 West Old Liberty Road Winfield, MD 21784 (Beside South Carroll High School).
Interment Lake View Memorial Park.
Arrangements by Burrier-Queen Funeral Home & Crematory, P.A. Online condolences at www.Burrier-Queen.com.