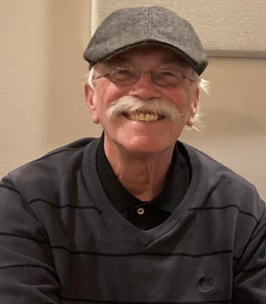 Richard Allen “Rich” Hensley, age 74, of Taneytown, formerly of Eldersburg, MD, died Sunday, September 25, 2022, after a brave battle with cancer. He passed away at his home, surrounded by his loving wife and children.

He graduated from Chesapeake High School in Ohio and earned his bachelor’s degree from Ohio University. He later attended graduate school at Marshall University, where he was a graduate teaching assistant in journalism. After working for newspapers in Ohio and Michigan, Rich worked as a public affairs officer for the U.S. Army. He then went to work for the Social Security Administration, where he served as a deputy press officer and lead speech writer.

Rich was an avid golfer for more than 50 years and recorded four holes-in-one. He also enjoyed reading and country western music. The simplest pleasures in life brought great joy to Rich. His pleasant personality and beautiful smile was contagious to everyone he met.

Gathering of family and friends will be held at the Burrier-Queen Funeral Home & Crematory, P.A., 1212 W. Old Liberty Road, Sykesville, MD 21784 (Beside South Carroll High School) on Saturday, October 8, 2022 from 4:00 PM – 5:30 PM; where there will be a Memory Dove release at 5:00 PM; and Celebration of Life Service to begin at 5:30 PM. The service will be Live Streamed at www.burrier-queen.com., Officiating will be Pastor Arthur Monroe, Chaplain at BridgingLife (Carroll Hospice) in Westminster.

A reception will follow after the service in the Funeral Home multi-purpose room.

Private Inurnment will be at a later date.

In lieu of flowers, Memorial Contributions can be made to BridgingLife, 292 Stoner Ave., Westminster, MD 21157.
Arrangements made by: Burrier-Queen Funeral Home & Crematory, PA., online condolences to www.burrier-queen.com