Obituary for Richard B. Baldwin 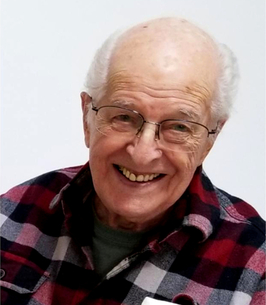 Richard B. Baldwin Sr., 90, of Sykesville, MD, formerly of Baltimore, died June 9th 2022 peacefully, surrounded by loved ones. Born March 1, 1932 in Baltimore, he was the son of the late Robert and Nellie Baldwin, and the loving husband of Vivian Baldwin. After graduating high school he worked for the B&O Railroad. He then joined the U.S. ARMY, where he served two years in the Korean War from 1953 to 1955, and became a Sergeant. Later, he worked for the Social Security Administration while also serving in the National Guard and Army Reserve. As an avid outdoorsman he enjoyed hunting, fishing and fly-tying as well as playing guitar with his grandson and spending time with his friends and family. He loved Maryland seafood, especially oysters, along with home grown tomatoes. His memory lives on eternally in the hearts of his beloved wife Vivian, his two daughters, Andrea and Kellie, his son, Richard Jr., and his grandson, Allen. Also survived by nieces, nephews and dear friends Ronnie W., Bill C. and Buddy B..
A celebration of life will be held at a later date. A private graveside service is planned.
Memorial contributions can be made to St. Jude Children's Hospital.
Online condolences to www.Burrier-Queen.com.